Potter and Founder Member of The Makers Guild 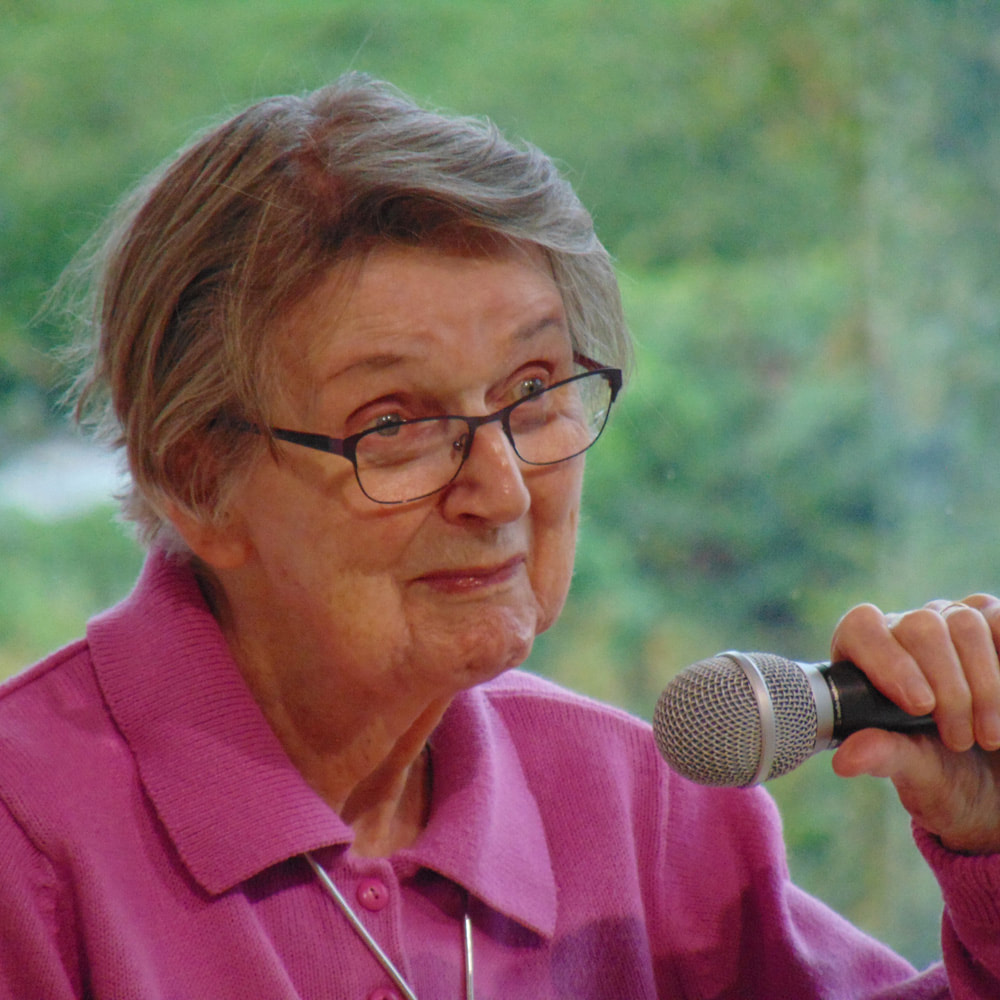 It is with great sadness that the members of the Makers Guild in Wales heard of our loss of Molly who was the principal founder of our Guild. Molly was an instrumental figure within The Guild and generally within Crafts in Wales.

It was she who was the driving force behind the Craft & Design cooperative which grew into the Makers Guild in Wales we know today.

The Makers Guild in Wales was set up in 1984 and the following is part of an interview she gave in 2009 which gives us an insight into her motivation;

'In the early 1980's craft fairs were proliferating, which was hopeful for individual craftspeople needing to sell their work. Quality control, however, seemed to be non-existent, and those of us who valued quality decided to run our own events, after a particularly disastrous 'fair' at a local school which attracted no visitors. I organised an event in my local church hall, inviting about 16 makers whose work I admired. It was a huge success, and it was clear that people valued good design and craftsmanship. We decided to form ourselves into an organized body. Our official inaugural meeting was held at the Friends Meeting House in Charles Street, and 22 makers turned up out of those who had been invited. The Makers Guild was born.'

Molly was a creative person, her distinctive pottery is easily recognisable. Her pottery was for use by all. Generations of families would return to buy and use her work. She also supplied her pottery to organisations such as the Welsh National Opera and in later life she was also a keen painter.
But Molly was also an organiser and she took on tasks with drive and commitment that helped to ensure that the Guild moved forward. Molly was a key member of the Guild for many years, involved in all areas of the organisation. It was she who would step up to organise volunteers, staff or makers, on almost a daily basis.

Leading from the front was Molly’s style. Molly took problems head on. She was supportive, compassionate and always willing to talk and offer good advice.

Molly Curley was a one-off , a unique person with a kind heart, down to earth personality, encouraging and always willing to help individuals. She was the energy behind many creative organisations across Cardiff and South Wales. Molly was generous too, supporting many charities, organisations and campaigns.

Her influence stretches far and wide, from her years of teaching in Cardiff, to her involvement in creative organisations such as the Makers Guild in Wales.

She will be sorely missed by her friends and colleagues in the Makers Guild in Wales and we extend our deepest sympathy to her family.

Here is an interview with Molly, filmed in September 2016, where she discusses the history of The Makers Guild, taken as part of the VCS Chronicle project,
Chronicle is a two-year community heritage project based in Cardiff, Wales and is funded by the Heritage Lottery Fund. The project will research, collate, digitise, and make publicly available the story of charities and volunteering in the Southern Arc of Cardiff from 1914 to 2014. It will deliver a series of road shows to record oral stories of past volunteering, workshops, community radio programmes and podcasts, walking tours, an exhibition, and an online archive.